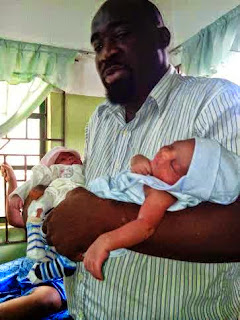 The actor/movie producer who welcomed a set of twins on May 27th has revealed that he and his wife named their son and daughter Hollywood and Nollywood respectively.

He revealed this on his Facebook page, saying everyone should take note that they are the first in Nigeria to bear such names.