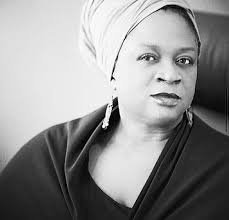 The Nigerian movie industry and the country as a whole was recently thrown into a state of mourning following the news of the death of celebrated Nollywood producer and entertainment entrepreneur, Amaka Igwe. Torrents of tributes have continued to rain for the late Icon from Nollywood.

This is a great loss —Clarion Chukwurah, Actress

I am just speechless, too sad to make any comment.It is too early for public comments, as I’m sure you realise that this is a great loss that affects one deeply.

Richard Mofe Damijo, RMD, who starred in “Checkmate” as Segun Kadir described Amaka Igwe as the best screen writer of her generation. She was the game changer not only for Nigerian soap operas but Nollywood too.

She not only penned and produced the best TV dramas and movies, she brought class and glamour to it. Raised the bar of TV production with an unparalleled sense of humour. Her death has created yawning gap in the Nigerian creative industry. I will miss her because she was more than a friend.

She was a visionary—Bimbo Akintola, Actress

Amaka was a visionary. We can never talk about Nollywood without mentioning her contributions.

As a producer, she was special. My heart bleeds for the loss of such genuine talent. May her soul rest in peace.

No one can ever be like her — Cynthia Agholor

Amaka Igwe is a goddess in the entertainment world. She is an inspiration to all the female movie makers. She is one classic and intelligent woman that makes movies of a kind. No one can ever be like her. Her legacy shall remain. May her soul rest in peace.

A female giant. Her soap opera ‘Checkmate’ gave my name a boost in those days. She was very strong and hard working. Rest in peace, Ene Amaka Igwe.

She was a woman with a voice —Halima Abubakar, Actress

I call her Queen mother. She was amazing and very professional. I love a woman who is a voice anywhere and I’m glad she was one. Even though she hardly made noise, her works speak on her behalf. She will be missed.

She carved my yesterday, defined my today — Empress Njamah, Actress

She carved my yesterday and defined my today as an actress. She was a woman of her words and principles. My biography as an actress is never complete without the mention of her name. Rest in Peace, My Teacher/Mama.

What I learnt from Amaka Igwe
—Bimbo Manuel

As Nigerians have continued to mourn the demise of frontline producer and director, Mrs Amaka Igwe, who died last Monday at age of 51, some of the popular characters on her created sitcoms,”Checkmate’ and “Fuji House of Commotion”, have taken a trip down memory lane, sharing sweet stories of how they came in contact with the deceased.

According to Bimbo Manuel, “I didn’t start working with Amaka on “Fuji House of Commotion.” Rather, I started working with her right from the time of “Checkmate,” from where I got the name Nduka .Some of us had already done some productions before then.

How I got involved in “Checkmate? A classmate of mine, Dami Awuse called me on phone to be part of the production. It wasn’t as if I walked into the character because it was totally a professional environment. After the audition, they promised to contact me, which they did.

That was how I got the role of Nduka in “Checkmate.” On “Fuji House of Commotion”, I think it was based on my creative ingenuity, having worked with her on Checkmate,” he reminisced. For Manuel, Amaka’s ability to make the characters live up to their billing was part of the lessons he learnt while working with her.