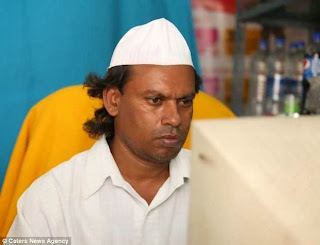 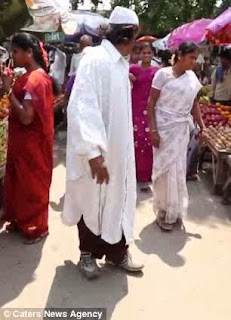 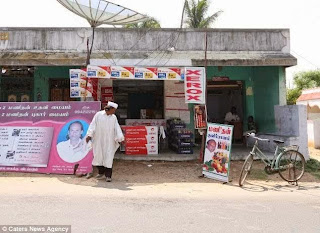 An Indian man has been walking backwards for the past 25 years in a bid to promote world peace, and got so accustomed to it that he now finds it difficult to walk forwards like everybody else.

Mani Manithan has become a popular figure in the town of Tirupattur, in the Indian state of Tamil Nadu, thanks to his unusual walking style, as it's quite difficult not to notice someone walking aback along the streets.

The activist, who owns a mobile phone shop, vowed to only travel in reverse in 1989 after a string of violent events in his home country. One of his first public manifestations after taking the decision was to walk backwards a 300 mile (482 km) distance from his hometown to the city of Chennai.

"You can see on an international scale terrorism has increased. There are so many blasts and the youth are misguided. To condemn such incidents I have been walking backwards for 25 years," he said, according to Daily Mail. "My main aim is world level anti-nuclear arms and 100 per cent human rights for world level."

While this practice obviously has its drawbacks, like the lack of hindsight, Manithan says he has perfected the art of traveling in reverse, and has no problem walking backwards up the stairs, along the streets and while doing his daily activities.

And although he clearly has to watch his steps more carefully, he claims his unusual routine has not affected his daily life and his mind has simply forgotten how to walk forwards. "Walking normally is more of a challenge – my mind has forgotten how to do it. I have become very comfortable walking like this," Mani said.

Manithan even protested the US invasion of Iraq by walking backwards Nud3, but was arrested within the first kilometer and sent to jail for three days.

He says he will only consider walking forwards again once there is peace all over the planet and the world is free of nuclear arms.

"My life has been full of struggles, sacrifice, achievements and protest so I have no issue continuing my backwards walking until we achieve world peace," he stated.

Backward walking is practiced since long time ago especially among elderly people as a part of daily exercise to be mentally and physically fit, but this is the first time we hear about someone practicing it as a means to promote peace.