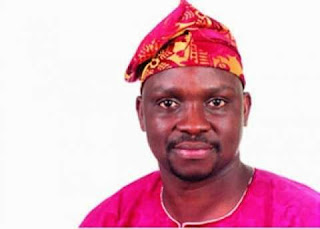 In a sit down with some journalists yesterday in Ekiti, the Ekiti state governor-elect tells how he managed to defeat a sitting governor

"It is the Lord's doing. I want to recall that my removal in 2006 remains a mystery to the common man on the streets but they never left me for a day, they believed in me. I want to equally let you know that I was left with the people without money, eight years in the wilderness.

My charge to every politician is to target the poor people. They will not come and ask you for contracts, all they want is to have their lives improved, to which they believe I have an answer.

I do things a governor is expected to do. For me, I am a grassroots man and because of the way I operate with them, they call me Senior Advocate of the Masses. So, I want to continue that trend, I want to identify with them continuously. I will not leave them.

So, the strategy is, when you are voted into power, don't forget that 4 years is a short time.

Ayo Fayose, 53, was governor of Ekiti from 29 May 2003 to 16 October 2006. He was removed from office by the Obasanjo administration. He fled the country but returned after Obasanjo left power.