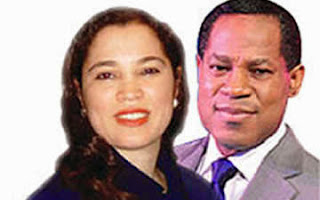 Authorities of Christ Embassy International have denied reports of break-up between the Senior Pastor of the church, Chris Oyakhilome, and his wife, Anita.

The church described online media reports that the marriage had crashed as "make-up stories."

In a post on a Facebook account opened by Anita's supporters, 'Where is Rev. Anita Oyakhilome?' the senior pastor was quoted as saying there was an ongoing domestic issue with Anita.

The recipient of a call made to the official contact line of the church, who identified herself simply as Pastor Mercy, said the report was false.

She said, "It is not true; it is a rumour. All these things are make-up stories."

A post on the Facebook page purported to be the summary of Pastor Chris' speech with United Kingdom-based pastors and deacons of Christ Embassy at the Bermondsey branch of the church on May 16, 2014, stated that, "I am here for your concerns about the ongoing domestic issue with my wife and I know it affects you directly, being the ones under her leadership."

He allegedly asked the pastors not disposed to the developments in the church to quit. According to report quoting him, "You don't join a woman to fight her husband."

"Bitterness is prolonged and accumulated anger. My wife is always angry and bitter," he was quoted as saying.

Oyakhilome also allegedly said, "Some pastors' wives think when they marry a pastor, they are equal to the pastor. My wife thinks so. As a matter of fact, Rev. Tom was her pastor before I married her and Rev. Ray and Evang. Owase were her leaders long before I married her. How come she thinks she's senior to them now?

"Be careful of the friends you keep. My wife keeps friends who bring out the worst in her and help her see the worst in people, instead of keeping friends that will help her vision, especially as the wife of a global pastor like me."

Another member of the church dismissed the reports as speculations. She said it could only be confirmed by an official press release by the leadership of the church.

"There are issues, yes, but the Facebook post is an absolute fallacy," the member, who pleaded anonymity, said.