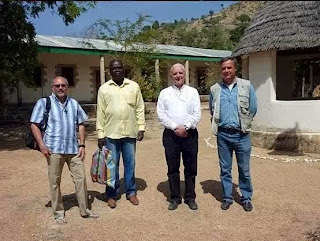 Cameroon's armed forces liquidated at least 40 Boko Haram fighters in the North-western part of the country during the weekend. This has been confirmed by a government radio on June 1, 2014, Sunday.

The gunfight, which led to killing of suspected insurgents, took place in Kouserri town, close to the border with Nigeria and Chad.

This development came shortly after freeing a Canadian nun and two Italian priests from suspected Boko Haram abductors, May 31-July 1, 2014.

The information about a successful anti-terrorist operation emerged on the next day after Nigeria criticised Cameroon for its insufficient efforts in fighting Boko Haram.

The Federal Government considers Cameroon as not so cooperative, in comparison to Niger and Chad. The declarations were made on May 31, 2014, Saturday, despite Cameroon's decision to send 1,000 troops to fight insurgents.

According to agreements reached at a security summit in Paris, Nigeria and its neighbours declared war on Boko Haram sect, agreed to intensify efforts aimed at fighting against insurgency and rescuing over 200 kidnapped GGSS Chibok girls.

Some of the actions would include sharing intelligence data, improving border patrols and coordination of actions.

Niger approved crossing its borders by Nigerian military in case it pursuit the militants. Similar agreement has been reached with Chad, while the situation with Cameroon remaines more complicated.

The foreigners have regained freedom under undisclosed circumstances and were flown out of Maroua airport aboard a military plane in the morning of June 1, 2014, Sunday.