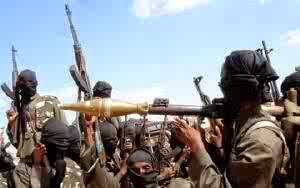 Former Head, Counter Terrorism Bureau of the United States, State Department, Ambassador Daniel Benjamin yesterday at a programme organised by the Rivers State Government in Port Harcourt described Boko Haram as the deadliest terrorist group in the world, noting that it killed at least seven persons in each attack in the North eastern part of the country.

He said: "By 2012, Boko Haram was the second most deadly terrorist group in the world after Afghanistan's Taliban as Taliban killed more people than Boko Haram. Presently, Boko Haram is the deadliest terrorist group, killing at least seven persons per attack. Boko Haram has already become a major menace to countries such as Cameroun, Niger, as well as Chad. They are well funded and well armed."